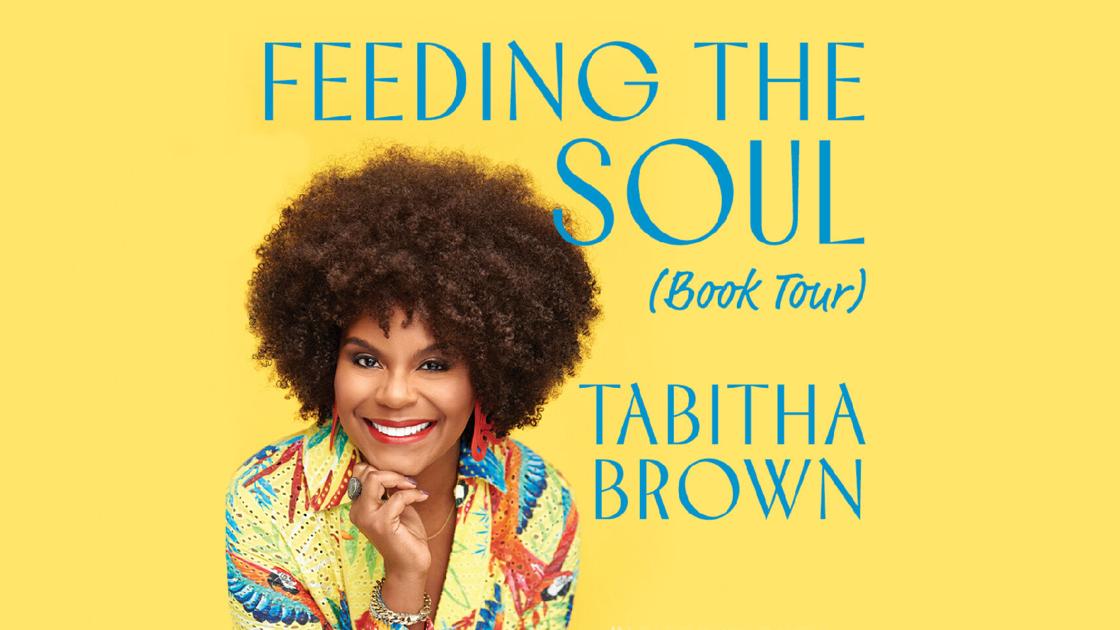 ***Union Stage Policy Update: Proof of vaccination or a negative Covid-19 test taken within the prior 72 hrs is required to attend a US presented event. Review the Union

***Union Stage Policy Update: Proof of vaccination or a negative Covid-19 test taken within the prior 72 hrs is required to attend a US presented event. Review the Union Stage information page for your event prior to attending for any policy updates”***

Doors 6:30 PM | Show 8:00 PM | All Ages | Note: Show is presented by Union Stage and all tickets sold by Union Stage. The charge on your credit card will show up as “Jammin Java”

Tabitha Brown literally and metaphorically satisfies the hunger of millions with her unique approach to veganism and her wholesome, comedic personality. Whether it be a new recipe, acquiring some imparted wisdom, enjoying a laugh, or melting away to a soulful, soothing voice, Tabitha Brown is home base. The North Carolina born actress, vegan lifestyle personality, mother, and wife, has amassed over 3 million followers across platforms, 1 million of which was acquired in 30 days on TikTok, earning her the coined title of “America’s mom.”

Brown’s unique journey to veganism highlights the intersection of personal discovery, food, and health. With a passion for acting, Brown traveled around the States to pursue her career. She landed notable theatrical features including All Between Us alongside Tiffany Haddish, NBC’s hit comedy Will & Grace, and the ABC drama Switched at Birth.

Brown has developed a role for herself, with her own script, direction, and audience. An unconventional way to rise to stardom, Brown paved a path to achieve her dream of being in front of a camera without sacrificing – and, in fact embracing – who she is and the unique, wholesome qualities that make her Tabitha Brown